Welcome to Glenn Howerton Fan! Your most comprehensive site on writer & actor Glenn Howerton. Most known for his roles on shows like It’s Always Sunny in Philadelphia & That ’80s Show. Movies like Crank, Coffer Town & The Stranger. We aim to provide you with the latest news, high quality photos and media on Glenn. Check out the site and please come back soon.
October 09, 2020

Glenn stopped by Late Night with Seth Meyers last night where he talked about his recent trip to celebrate the 10th anniversary of his marriage and the upcoming season of It’s Always Sunny in Philadelphia. 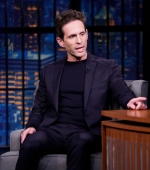 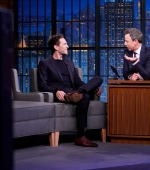 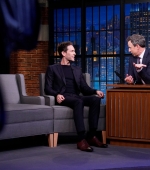 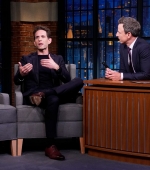 Glenn stopped by Seth Meyers while in New York to talk about A.P. Bio and the return of Sunny. Check out the video below and the photo coverage in the gallery. 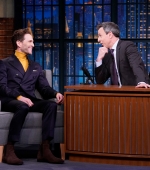 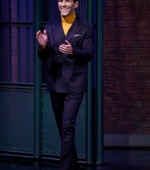 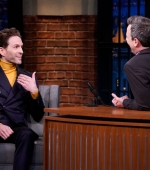 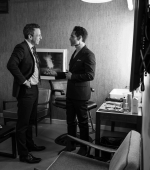 Glenn stopped by The Late Late Show with James Corden last week where he talked about A.P. Bio & the upcoming season of It’s Always Sunny in Philadelphia that may or may not have Dennis. Check out the videos below and make sure to head to the gallery to check out the appearance photos. It feels appropriate to be speaking to Glenn Howerton in the midst of a snowstorm—one so furious that it’s technically thundersnowing. This is the man best known for playing Dennis Reynolds on It’s Always Sunny in Philadelphia, and though it’s the opposite of sunny in New York at the moment, the character that made Howerton famous is like a bad weather system that spoils everything it touches. He’s essentially the show’s main character, and also its most unpalatable: vain, exploitative, and prone to fits of incredible rage. A man who, fittingly, likes to see himself as a force of nature in his own right, having once threatened to come down on a man “like the crashing of a thousand waves.”

A character like Dennis is hard to escape, especially for the actor who’s been writing and playing him for twelve seasons. It was a shock when it was announced Howerton would be stepping down from the cult classic FX show to head his own NBC sitcom, A.P. Bio, as Jack Griffin, a misanthrope teacher more interested in destroying his Harvard nemesis than he is actually teaching kids a single thing. It’s certainly within his wheelhouse, but an hour with Howerton reveals just how thoughtful he is with the roles he selects, and the one he’s been inextricably tied to—for better or worse—for thirteen years.

GQ sat down with Howerton—thundersnow notwithstanding—to discuss this new phase of his career, the fallacy of the “American Dream,” and what he regrets about the early seasons of Sunny. [Source]

Following up on his first stop for the day, Glenn made an appearance on Late Night with Seth Meyers to continuo promoting the special preview of A.P. Bio coming on February 01! Check out the photos and videos from the interview. Glenn stopped by Build Series NY yesterday where he got to talk about the premier of his upcoming show A.P. Bio on NBC. A special preview of the show will air tomorrow so make sure to check it out. Meanwhile, enjoy the photos and videos from the appearance.